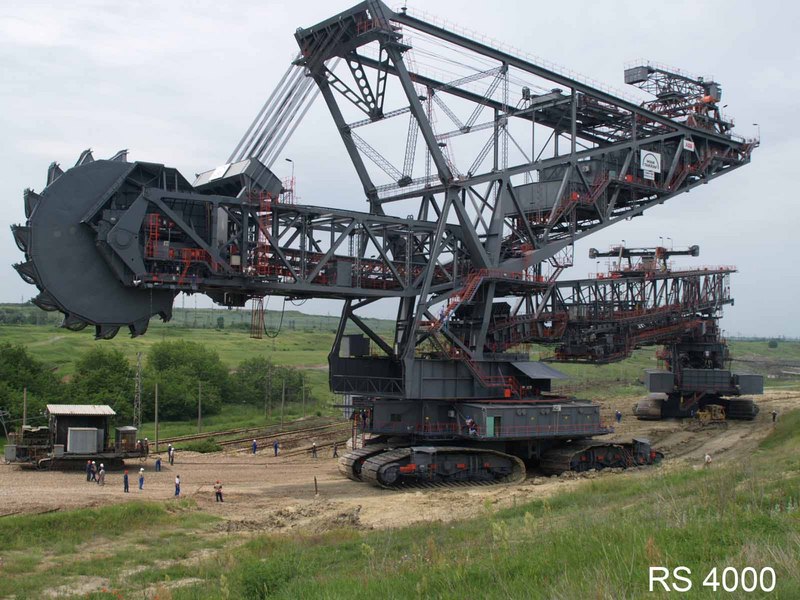 Six bucket-chain excavators of the ERs 710 type are deployed at the extraction sections of the three mines, and they are used to extract coal from a depth of up to  15 m. below the level at which the excavator is positioned.

Other kinds of HME machines used for implementing technological operations include spreaders of the As 5000, As 6300 and  As 12500 types. These are basic dump formation machines. There are 12 pieces of spreaders at the Company.

A bucket-wheel excavator together with a rubber belt conveyor and a spreader form the so-called Overburden Removal, Transportation, and Spreading Facilities Unit (ORTSFU).

A very important part of the mining equipment is the technological machinery, consisting of bulldozers, turndozers, front-end loaders, machines for belt conveyor cleaning, shovel excavators. It ensures the better and more efficient operation of the heavy mining equipment by being deployed in laying road routes, planning works, etc. Carrying out mining activities and regular coal supply are impossible without a reliable bulldozer fleet.